The campaign to Save Juno Beach is drawing national and international attention. Read all the coverage below and learn more about the urgent need to protect and preserve this hallowed ground.

Mansbridge: History must not be bulldozed at Juno Beach
‍Peter Mansbridge's latest Op-Ed in the Globe makes the case for why we need to preserve the sanctity of Juno Beach. Read more.

The Bridge
In his latest podcast episode, Peter Mansbridge reads a letter sent in by a listener concerned about what is happening on Juno Beach. Listen Here (starts at 31:10)

Legion Magazine
A French developer is planning to build a 70-unit condominium at the site where Canadian troops landed on D-Day, desecrating what opponents to the project are calling hallowed ground. Read More.

Opinion: Save Juno Beach
‍We need these sacred places, if only to remind us of the past and what those generations before us sacrificed for us. Read More.‍

Al Jazeera
Gratitude does not have an expiration date: France must not build condos on D-Day site sacred to Canadians. Read More

Lite 106.7
Quincy Ross talks about her grandfather, Bill Ross, and thousands of other Canadians willingly placed their lives in the balance on June 6, 1944, to begin the liberation of occupied Europe during World War II. Listen Here. 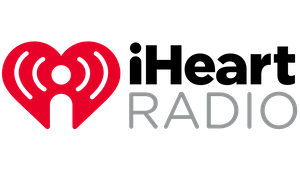 The Evan Solomon Show
A French property developer plans to build a 70-unit condominium on Juno Beach — one of the D-Day landing sites. Evan Solomon speaks with Cindy Clegg, a Canadian who is petitioning the federal government to stop this from happening. Listen Here.